With its INDEX and TRAUB brands, the INDEX Group is today one of the world’s leading manufacturers of CNC turning machines. The Company Group in Esslingen has 80 sites worldwide with 5 production sites and 7 international sales and service companies as well as an extensive retailer network.

Progress has a long tradition
INDEX-Werke were set up in 1914 by Hermann Hahn who began that year with the production of automatic turret turning machines. He was a Swabian entrepreneur through and through who laid the foundation for an impressive development with creative ideas and an aspiration for quality. Within four decades, more than 20,000 turning machines had been sold and these formed the basis for the excellent reputation of INDEX around the world. In 1975, INDEX began with the production of multi-spindle turning machines. A few years later, the company entered the market for CNC technology. And INDEX soon assumed a pioneering role here. After the death of Eugen Hahn, the son of the company’s founder, 85% of the company shares were put into a foundation. In 1992, INDEX presented a new generation of turn-mill centers based on a modular component system. In 1997, TRAUB Drehmaschinen GmbH & Co. KG from neighboring Reichenbach/Fils was taken over and integrated into the INDEX Group. The company pursues a two-brand strategy to this very day. 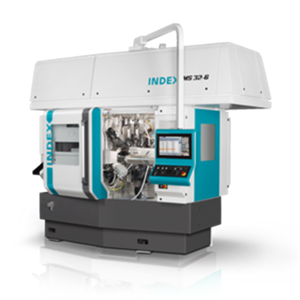 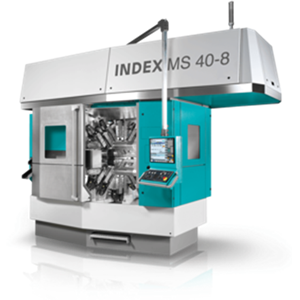 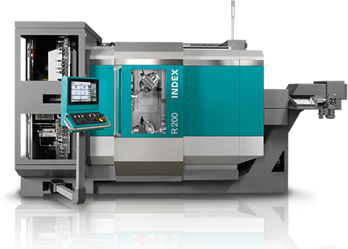